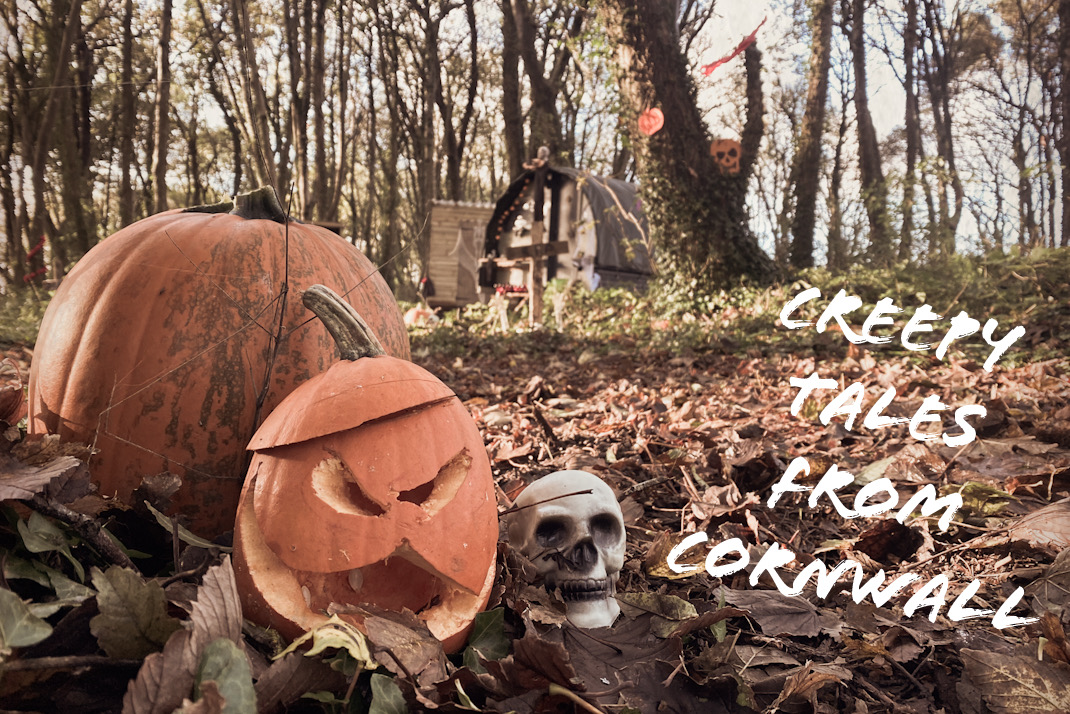 As Halloween approaches, it’s time for spooky stories around the fire. We’ve been sitting in the wood after dark, sharing creepy tales about Cornish myths and mysteries. Here are a few of our favourites…

The coast around West Cornwall is a wild and dangerous place, and with so many lives lost at sea, we’re not surprised that there are so many reports of hauntings. There are tales of bells tolling inland to warn of impending doom at sea, of ghostly lights on clifftops, of the sound of barrels being dragged by long-dead smugglers…

One of our favourite Cornish ghost stories is the ship that sails close to Porthcurno, before vanishing like smoke in the mist. The ghost ship has been sailing by Porthcurno since the seventeenth century, and has also been spotted further west along the coast. Read more chilling tales from Bays of the Dead if you dare!

Local sea myths to explore include the famous Mermaid of Zennor (look out for her carving in the village church) and Morgawr, a terrifying water monster whose name translates as “sea giant”.

Spooky tip: explore the creepy caves at Porthgwarra, and visit the old coastal churches and engine houses that are dotted around the Penwith peninsula. 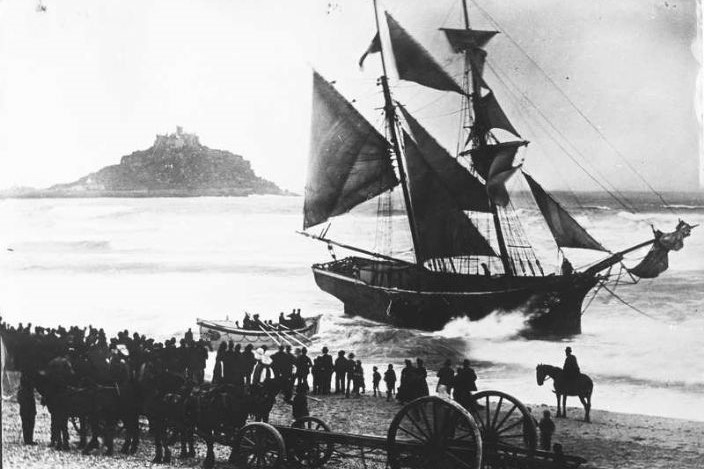 Wreck of the Jeune Hortense 1888, in front of St Michael’s Mount

Myths on the moors

Moors are naturally places of legends, and our local landscape is no exception. Around Beersheba, our moors are said to be the haunt of giants.

A (very) local legend is that Cormoran had an ongoing battle with a giant from nearby Trencrom. They threw boulders at each other, which still litter the landscape, including the stone at our neighbouring Standing Stones Stables. Cormoran eventually met his match, when he was defeated by Jack the Giant Killer and imprisoned in a well on St Michael’s Mount.

Spooky tip: Walk in the steps of giants. Hike the St Michael’s Way, which you can pick up at Beersheba and takes you over Trencrom to the Mount. Or, take a drive to Cornwall’s most famous moor, Bodmin, home to the legendary Beast and the super-spooky Jamaica Inn. 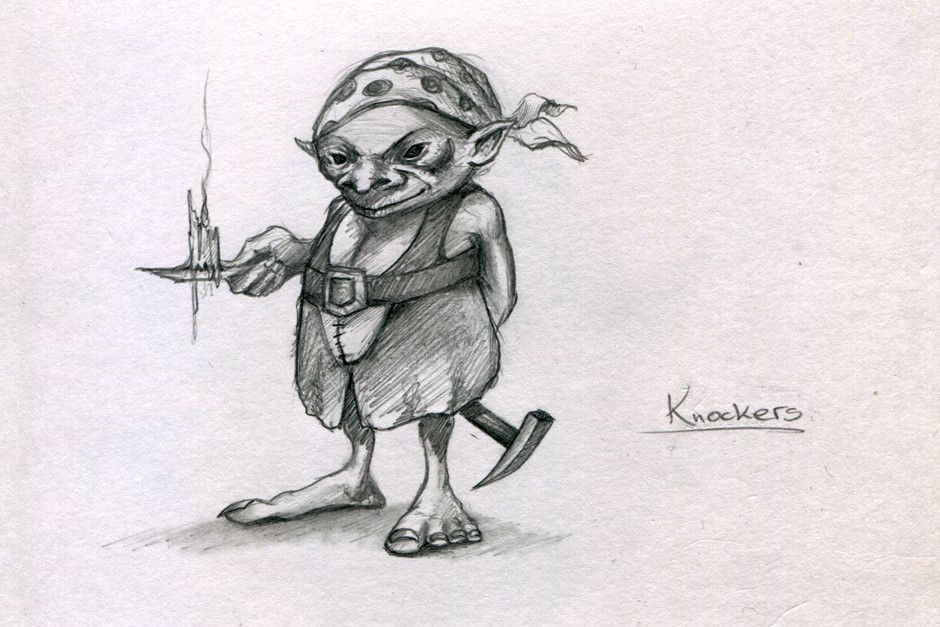 Sketch of the Cornish Knockers by Marc Potts

One of the most hair-raising hauntings in West Cornwall happens underground, in the old mines. The knockers are small, human-like figures who live in the mines – (see the Knockers beautifully brought to life by Marc Potts illustrations here). They’re either very specific members of the faerie clan or the ghosts of dead miners, depending on whose version you read.

The knockers also vary in character from mine to mine and story to story. Sometimes they’re benevolent, knocking to warn of danger or to lead miners to rich seams of tin. In some legends, they’re the ones that cause the danger, by knocking away the supports. Occasionally, they’re simply mischievous, blowing out candles and stealing miners’ crowst (food).

Whichever version you believe, the idea of ghostly knocking underground is enough to keep you safely on grass (the surface) forever! The miners knew to respect the knockers, leaving them bits of pasty as a practical insurance policy against harm.

Spooky tip: take the underground tour at Geevor Tin Mine. You may not encounter a knocker, but you’ll experience first-hand the dark, dank atmosphere of the old mines.

If you’re coming to St Ives this autumn, make sure you take a walk through our town after dark. With its cobbled lanes, narrow passageways and old fishing cellars, St Ives is a spooky place… To find out more about the ghosts of St Ives, book your place on one of Shanty Baba’s famous lantern ghost walks.

Come and stay in Brea Cottage this autumn or winter. Shut out the moors, huddle up to the wood burner, and share some scary stories…

By continuing to browse the site you are agreeing to our use of cookies.